BJ Cole came to prominence in the early 1970s with the country rock outfit, Cochise. His many styles of music from mainstream pop, rock, jazz to experimental have appeared on a variety of artists' work including T Rex, Elton John, REM, Joan Armatrading, Gerry Rafferty, Steve Marriott, Sting, Bjork, Scott Walker and many others.

The New Hovering Dog was BJ's solo album released in 1972 and is now available again on LP and for the first time on CD. The original album has been remastered and two bonus tracks added to both the CD and LP. The New Hovering Dog combines poetry with orchestration and electronics with a strong cast of musicians from that era. 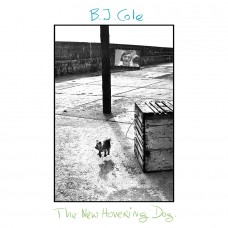